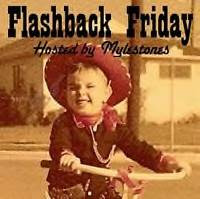 Jo's prompts this week were to write about spring, or family vacations or road trips. What follows is a road trip taken not in Spring but in the Fall, in the days before I knew my Lord and was searching without knowing what I was looking for.

I was always drawn to the water. The repetitive sound of the waves as they tiptoed or as they crashed flowed through me like a symphony, blocking out voices, and bringing me peace. I was glad that the lake was so near, one of the city's greatest charms.

I had seen the Atlantic years before, visiting with my grandparents while they wintered in Florida. The beach was nice, the sun was hot, and I was glad to be away from the cold of February, yet this wasn't what I imagined the ocean to be. I wanted something wilder.

After working hard, I had saved enough money and time to plan a trip to the East Coast. I had dreamed of fishing boats and lobster traps and long piers, sails and seagulls and salt in the air. Such was my idea of the sea. Everyone thought I was crazy to want to travel alone, but I wanted the time to walk the windy shores, where I wouldn't expect anyone to know me. I didn't want to take anything or anyone along that would remind of me of home and the life I lived.

I wrote in the new journal I had purchased for the trip:

“I shall wander to the sea, and by the sea yet I shall wander. I will listen to the secrets that the waves call out to me. And I will be changed, forever changed by the mysteries of the waters. I will finally be who I am meant to be.”

Vacation plans take on a life of their own, and hearts create expectations that can rarely be fulfilled. But for once in my life, in many ways, I was not disappointed. I longed to hear the calling of the waters. For three weeks, the waters sang. For three weeks I was free of any sign of home.

I found a waterfall in the middle of a small Maine town. I had heard of this place from a girlfriend who had traveled this way before me. I was dismayed to find that only a trickle of water flowed over the rocks. Passing by later that day, the trickle had expanded a bit, flowing faster and fuller. My motel was only half a block away. When I woke the next morning, I could hear the song of the water and dressed quickly, rushing down to where I had been the day before. The little bit of water had now grown to completely cover the rocks, leaping and dancing and bubbling into the bay. I sat beside it on a rock, and let the sight and sound empty me of any other thoughts. Soon I opened my journal and began to write:

“I could stay here forever. Here I can be who ever I choose for no one here knows who I should be. This would be a chance to create myself again, but I'm not sure yet who I would be. I would live here by the sea and have friendships with sailors. When they hauled in their nets I would have a comfy place for them to rest. Fresh bread and wine, coffee and cookies, flames in the fireplace to chase away any chill in the air. I would write music and sing them to sleep. There would always be flowers in vases on counters and tables and bed stands, their fragrances fresh and sweet. Life by the sea, where the sea has a life of its own. The morning light would shimmer through lace curtains and find me wrapped in the arms of one I know would soon be leaving. I wouldn't mind, knowing he would return when the tides brought him home. There would be others to fill his absence. Maybe I would learn to paint and express myself with colour as well as words, filling journals and sketchbooks. I would take a basket down to the waters edge, picking up shells and beach glass in all the colours of the sea. I would give them as gifts to my visitors as they departed, as if the tokens could show them the way back. There would always be plenty of fish to cook into rich tasty chowders and stews.

No one knows who I am, who I was or who I will be. I would be known simply as “the woman who lives down the lane” and that would be enough”

I closed the journal, tossed it into my bag and taking a last look at the waterfall went for a walk up and down narrow streets dreaming of houses I could own. I walked until I remembered that I had reservations in another town further up the coast for that night. I stopped one more time at the waterfall, then back to the motel to shower and pack. I grabbed a sandwich and drink for the road, and saying goodbye to a dream, moved on.

“I am always saying goodbye to my dreams” I thought as I drove through the changing colours of a New England autumn. The maples were scarlet and blazing orange against the dark green of the pine trees, all the more precious because their beauty was so temporary.

I began to sing as I drove:

Dreams will come and dreams will go
as the beauty of autumn soon is hidden under snow
and even as I wish my dreams would linger on
I know I must be moving, turn around and I am gone.
But the winds might blow me back one day
back to where my heart has longed to stay
I'll return without a sound
right there when you turn around
If the wind would blow me back this way.

There was more of a chill in the air as I travelled north, and the coast line shifted from calm bays to rocky cliffs. I drove with the window open, not only because I was smoking, but to catch the scent of the ocean. The sun, the wind and the salt in the air had left my skin red and dry and I could feel the sting as the air blew across my cheeks. My hair was tangled, knotted in the wind and I was enjoying every bit of it. I went back to singing:

I'm free to wander where I will
along the rocky shore
I've had just a little taste of it
but that leaves me wanting more
oh, it leaves me wanting more.
And I wonder as I wander
if they miss me back at home
as for me I love the freedom
of being here alone
oh, I'm happy here alone.
So don't try to put a fence around me
No, don't try to keep me where the waters cannot flow
For I was born to wander free
No one can have a claim on me
The more you try to hold me
the further I will go.

I sang my songs over and over as I drove so that I would remember the words long enough to write them down later. I had no way to record the melodies because I didn't know how to read or write musical notation. At least I'd have the words. And words were what I loved most.

Join Jo at Mylestones and share your flashback this Friday!

What a lovely post, you have a way with word. I can hear the waterfall as I read.

I love that your first visit to the Atlantic was in Maine. There is nothing more inspiring than the rocky shore. Just ask Longfellow or Winslow Homer.
Thanks for sharing such a lovely memory.