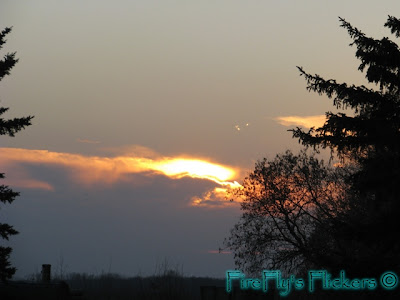 Today I share some clips from the word I spoke Sunday morning:

For the past couple of years the Holy Spirit has been whispering words to my spirit… set apart, consecration, sold out!

What does it mean to be set apart?

And you shall be holy to Me; for I the Lord am holy, and have separated you from the peoples, that you should be Mine. Leviticus 20:26 NKJV

Paul says It is God Himself  Who sets us apart:

Abstain from evil [shrink from it and keep aloof from it] in whatever form or whatever kind it may be. And may the God of peace Himself sanctify you through and through [separate you from profane things, make you pure and wholly consecrated to God]; and may your spirit and soul and body be preserved sound and complete [and found] blameless at the coming of our Lord Jesus Christ (the Messiah). Faithful is He Who is calling you [to Himself] and utterly trustworthy, and He will also do it [fulfill His call by hallowing and keeping you]. 1 Thessalonians 5:22-24 Amplified

But you are a chosen people, a royal priesthood, a holy nation, a people belonging to God, that you may declare the praises of him who called you out of darkness into his wonderful light. 1 Peter 2:9 NIV

A chosen people, a people belonging to God.  He chose us!

One could teach an entire series on people in the bible who were set apart for God’s purposes. They accomplished much for the Kingdom of God. But not without cost. Would you want to be like :

Joseph?  He was sold into slavery by his brothers, spent years in prison for crimes he did not commit.

Or Daniel? Think of him face to face with that hungry lion.

How about John the Baptist? He lived on locusts and honey, wandered about in the desert preparing the way for the Lord and then, lost his head

There’s always Paul, our greatest apostle. He was imprisoned again and again and finally executed

They paid the price so God would be glorified. I believe they knew a secret we seem to often forget – it wasn’t about them

So what’s the point of the Christian life? Is it to avoid sin, go to church, and steer clear of worldliness? Those things might well be part of a well-lived Christian life, says R.C. Sproul, Jr., but they aren’t the real point. What we’re really called to do, he argues, is live to glorify Christ in every respect, leading lives peculiar and distinct from the world around us: He said:

…in the Old and New Testaments, believers are called to live distinctly from the people of the world. The result of such collective living produces an illumination that cannot go unnoticed by the darkness of our culture. This obvious distinction that is supposed to come from the teaching of Scripture, is to manifest itself in every area of the believers life.

An illumination that cannot go unnoticed by the darkness of our culture? Wow!

Do you remember what it was like to walk in darkness? I do, and I ache for those who are still there. I want the light to be so evident in my life that others are drawn, not to me, but to that light.

Where ever you are in your relationship with Jesus, at some point you’re going to have to come out of the closet. You will have to let the world know where you stand and to Whom you belong.

Think for a moment. Be honest with yourself before God. Do people have to ask you if you’re a Christian?

There is a song by the group Olivewood Bridge called Case Closed that asks:

If you were put on trial for being a Christian, would there be enough evidence for there to be a conviction?

I know that at the end of the day, I would want to hear the judge say “Case closed. This one’s a believer.”

wow, this is so beautiful...so beautiful...
i did a canvas not long ago using words from the same passage..."the one who calls you is faithful"...
where would we be without him? i shudder to think of it.
thank you for being such a light in a dark world...
xo