As a member of the High Calling Blogs Network I am participating in the "You Are Real" community writing project. Here's how it was described:

Over the next week, you’re invited to write guest posts on a network-friend’s site to describe how online life has been (or not been) an experience with becoming real to one another. Your story may involve the delight of meeting someone in person, or it may illustrate that even though you haven’t met, you can nevertheless become real to one another. We encourage swapping posts as a fun way to demonstrate friendship and community, though you’re welcome to post something on this topic only on your own site.

I am guest posting over at Sandra Heska King's blog and hosting Sandy here today. I believe it was likely God, by His Spirit Who lead me to click over to Sandy's blog the first time and I've been a fan ever since. I'm trusting that we will continue to learn more about each other in the days ahead, and grow in relationship in a very real way. 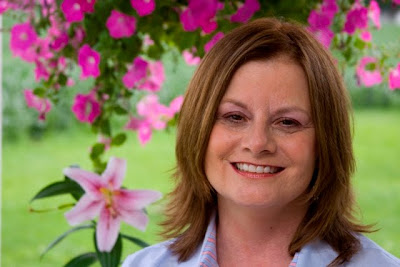 Sandra (AKA Sandy or even Snady, the result of a typo that stuck) lives in Michigan in the same 150-year-old farmhouse her husband grew up in. She is mom to two grown adopted children and grandma to Gracee and Lillee. Snady is a passionate chocolate lover, Detroit Tigers fan, Bible teacher and inspirational writer who still keeps her nursing license intact. She maintains two blogs, The Write Pursuit (http://thewritepursuit.blogspot.com/) and Beholding God (http://sandraking-beholding-god.blogspot.com/). You can also find her on Twitter and Facebook
And now ---- Here's Sandy:
Real Stuff--Real People.

“One’s real life is so often the life that one does not lead.” ~ Oscar Wilde

Yesterday a friend told me about some phone calls her 15-year-old granddaughter received on her cell phone. Stuff like, “I’m going to cut your boobs off.” He called the home phone as well.

For the record, our answering machine collected several messages like that directed to our daughter years ago. We took the machine down to the sheriff’s department, but they couldn’t do much except send a deputy to talk to a boy my daughter named as a possible culprit. The calls stopped.

Anyway, my friend is convinced it’s some online someone. She ranted about the evils of Facebook and other social sites. And how nobody should share any of their lives with strangers. Especially online strangers. It’s only asking for trouble.

I didn’t tell her I could be in a heap of trouble. But that’s not been my experience.

Oh, and for the record, our experience happened before Facebook. Maybe even before we had a computer.
Anyway.

I met Diana in an online MT (medical transcription) help forum. We soon discovered we worked for the same company and even lived in the same state. About an hour and a half away. We arranged a meeting at the Rainforest Café and clicked. We spent hours talking. I shared stuff I’d never even told family. And we found we had much in common—like adoption. We roomed together at conferences in Atlanta, Boston, and Honolulu. Shared barrels of laughs. And remain BFFs even though she now lives in northern Arizona where her husband pastors a little church in Holbrook.

Jeannine also frequented that same forum. When she mentioned her son had been sent to Afghanistan, a small group of us from across the country and Canada set up a rotating schedule to send a monthly care package. Jeannine and I have also become great friends though we’ve never met in person. We’ve prayed each other through many a crisis and even share the same wedding anniversary. She’s in New Jersey.

And then there’s Melinda. We connected on Twitter. I think. Her daughter and my granddaughter are the same age. We laugh and tease and share deep stuff and pray for each other. She’s very real, and we will meet one day—maybe somewhere between Florida and Michigan. Like maybe Tennessee where we have mutual online friends.

And there are others, intergenerational—established friendships, reconnected friendships, developing friendships. With school classmates and writers and bloggers and those of High Calling. Folks who inspire and encourage. Who stretch me and push me into zones of discomfort. Who aren’t afraid to confront and correct.

Friendships of substance. Not of surface. And if asked how I am, I can tell the truth.

I don’t remember how I connected with Karin. A friend of a friend? A bloggy stumble? Does it matter? I love her Jesus heart and her photo art. How she shares His light.

I’m not sure why. Maybe because most of my online friends are writers of some sort. We communicate better in writing. We understand each other. Maybe it’s easier to undress our thoughts and feelings when nobody is looking. To drop the covers. To take a risk.

Most of my friends are also fireflies, like Karin, chasing after the Light. Maybe there is something more powerful about connecting heart-to-heart and light-to-light than eye-to-eye and hand-to-hand. Or at least in that order.

What I do know is that I’ve found real in what I would have missed in the real. In whom I might have bypassed on sight. Like a blind person who falls in love. And then receives sight.

And even more interesting. I think because of the real in the virtual, I’m becoming real in the real.

And I’m pretty sure none of my friends are ax murderers.

“I thank my God every time I remember you.” Philippians 1:3

Stop over at High Calling Blogs to read the posts of everyone who particpated in this project.

Thanks for the invite to swap, Karin. This was fun--and really made me think. I'm looking forward to growing our mosquito-real friendship. :)

I love this article. I love the example Snady is in so many ways to so many people. She is clever, serious, godly, and hilarious. She and Jeannine and I will always be connected at the fingertips! I look forward to reading more of her insights with a punch.

This was delightful. Sandra, you are like a preacher, upping the ante with each "real stuff, real people"! :)

enjoying the real of both of you ....

I always enjoy reading your posts, Sandra. You have a warmth about you that transfers to your writing.

@L.L.: You are becoming more real to me every day--and helping me be more real.

@Susan: Sharing space with you is a joy!

@Cassandra: Linking arms with you, traveling with you. You bless me so.

I'm jealous of all the people you've connected with. :) Having barely started blogging, I'm not sure when I'll start meeting my friends.

Oh, and you have more followers that I do.