Bonnie is doing a link-up on rejection over at Faith Barista today. 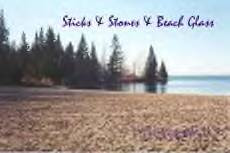 The cafeteria at noon is where hearts were set ablaze and also where hearts were broken. After a meal shared across the long dining table alliances were formed, identification bracelets were exchanged and couples were “going steady” in the jargon of the times. Not that they were going anywhere, or that there was anything at all steady about those new roller coasters of romance. To keep track of who was “with” who, one needed to write the names in pencil, for relationships began and ended in a day, in an afternoon, in an hour. Beginnings were exciting and celebrated. Endings were rapid, bitter and wept over. Same sex friendships were shattered along the way as rivalries and jealousies tore apart old alliances. Ugly words were spoken or passed as notes on little scraps of paper. Sticks. Stones. Bruised egos.

Sara Jayne was content that she had Robbie and didn't even try to compare him to the other guys. They were neighbors and best friends and she just took for granted he would be her “boyfriend” as well. He didn't have time to spend with another girl when they spent so much of their time together.

On the way home from school one afternoon, Robbie seemed nervous. He was walking with his head down, kicking pebbles that were scattered on the sidewalk. Sara Jayne didn't know what was wrong. When Robbie said “Hey, listen, we have to talk. I need to ask you something” her heart jumped.

“This is it” she thought. “He's going to make it official and I can tell everyone that he is my boyfriend”.

When he pulled an id bracelet from his pocket, Sara Jayne know she was right, and almost shouted “Yes, of course!” before he asked.

“Yes I think so. Yes I am” she answered.

“That's why I need your advice” Robbie said, holding out the silver bracelet that had his own name engraved upon it. As Sara Jayne looked at it she could almost feel how the metal would be cold against her wrist.

“Do you think” he said

“Oh come on, come on” thought Sara Jayne. “I can't stand it. Just spit it out and ask me.”

“that Jill would wear this? Do you think she'd go steady with me?” Robbie stopped speaking, and in the silence that followed, his eleven year old ego couldn't have heard the explosion of a young girl's heart.

Sara Jayne felt dizzy and hot, the ground beneath her not at all solid anymore. She had been so sure. “Put one foot in front of the other.

Feeling as if the world itself would end, she struggled to spit the words out. “Yes, I'm sure Jill would be very happy to go steady with you.”

Thankfully, they had arrived home and she ran from him saying “Gotta go start dinner. See ya.”

The scalding tears began in a rush as soon as she was out of his sight.

“Stupid. Stupid. Stupid!” screamed the voice in her head. “What made you think he was going to ask you?” She threw down her keys and her books and lay sobbing on her bed, fists pounding, heart cracking. She was still crying when her mother got home. Her mother tolerated her tears for just a short while before saying “I'm sorry you were hurt, but that's what happens.” So much for comfort and consolation.

Sara Jayne poured herself into her school work, known as one of the “smart kids”.

Like the rest of the sixth grade romances, Robbie and Jill didn't last more than a week or two. Sara Jayne was happy to have him back, all to herself again. She was able to forgive him for wanting someone else for a little while now that it was over. Over homework one afternoon, he took her hand.

“I want you to wear this now” he announced, clasping his id around her wrist “because you're really the one I like to be with”. The bracelet wasn't as loose as fashion would dictate because of all the extra weight on Sara Jayne's bones, but the silver caught the light and sparkled. Like beach glass.

Now things could be the way Sara Jayne had imagined. Thoughts of proudly wearing her new prize to school the next were interrupted when Robbie said “Let's keep this a secret between just us two, okay?”

Sara Jayne wasn't quite sure why he would ask that, but then all at once it seemed mysterious and intriguing, like the secret games they used to play. With her heart beginning to soar, she agreed. “Yes, of course. A secret only we know”.

“Good” Robbie said, clasping his hands together, looking relieved by her reply. “I wouldn't want anyone else to know I was going steady with you, what would they think of me?”

A stick. A stone. Another hard fall.

I was going to allow this post to stand as is .. just a story of a young girl's broken heart, but the Holy Spirit knocked and asked to be heard. He wants to remind us all that when we belong to Him, we are never alone.

And the LORD, He is the One who goes before you. He will be with you, He will not leave you nor forsake you; do not fear nor be dismayed Deuteronomy 31:8 NKJV

Seems like there is nothing that still aches quite as much as childhood memories.

Oh, the drama of jr. high. Am I crazy to be grateful that I've only got 1 daughter. I already ache for what she'll have to endure, and she's only 4. Such a touching story and I'm glad you followed the Spirit's prompting. The original was great, but I like remembering that God's always with us...and will be with my daughter.

Love the closing comments... we are never alone. A gentle knock at the close of my blog post earlier this week came with those same words, "They were not alone." I was so touched at hearing those words late into the night. I smiled. I wasn't alone.

Hi, I'm visiting from Bonnie's. It's amazing how that pain can be felt so tangibly. Thanks for sharing.

Beautiful. So true. We are never alone. Thanks for sharing. Great post! :)

"but the Holy Spirit knocked and asked to be heard. He wants to remind us all that when we belong to Him, we are never alone."

Thank you for sharing what the Holy Spirit prompted. It was a beautiful way to leave us with a story we can all feel from jr. high... and be comforted.

I love this awesome faith brew. Real and encouraging. Thank you!