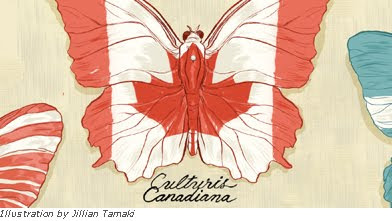 Moths are not butterflies, but often look like them.

Americans are not Canadians, but do look quite similar.

Today is July 1st - known here as Canada Day.  It is Canada's 143rd birthday but I did not bake a cake.

Today is July 1st - also known as the day I permanently moved to Canada.  That was in 2000.  It my 10th birthday in Canada and I did not bake a cake, although 10 candles would fit more easily than 143.

I did not officially become a citizen of Canada till several years later.
I am also still a U.S. citizen.  Does that make me both a moth and a butterfly?

Yes, we have polar bears in Canada, but I've never gone North to see them.
I do however often see deer, coyotes, martens, jack-rabbits, foxes and various other critters in my yard.

Today I expect I might see some of these as we spend the day in our nearby National Park: 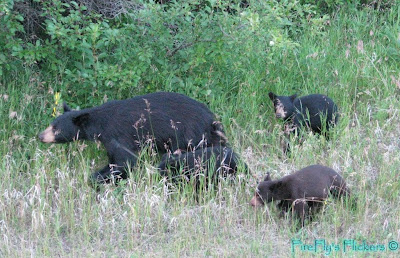 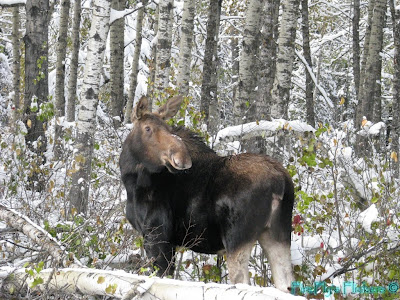 or we might just see crows, which I would indeed find disturbing!
Now, for a bit of local flavour -- our Provincial animal is the bison.  Bison are very large and can produce quite lean and tasty hamburgers.  Try one sometime.
And if you know any Canadians, wish them a happy birthday, eh?

Join in the oddity with Duane Scott at Pleasantly Disturbed Thursdays

You are so Canadian. And I do like the way your money is more colourful. On the other hand, when I was in Canada, I called the "loonie"the "big coin" because loonie is just a dumb name and made me feel tinier than the average syrup slurping, hockey player Canadian.

What a great post! Random. But not especially. Randomly connected. And I learned cool stuff.

They are just like Americans, except they know how to spell. :-)

Have a random day.

i WILL say you are one of the VERY few Canadians that I like. I had a very bad experience with one that kinda ruined the whole lot of you for me :)

But as God is gracious and forgiving, I can try to be too!

Love it! Canada sounds interesting. However, I'm happy here in the Republic of Texas, where we don't waste our time with unnecessary vowels. :D